The Who, Where, What, Why and When in your area. Local news, events and services at your fingertips. Advertise locally, regionally or nationally!
Home
Aldershot
Area In-depth
Shops Cars Health Fitness Eco Money Business Faith
Family Schools Teens Legal Computers Dating!
Reference Resources London 999
Click to create an instant advert on this page and appear on
Focused, cost-effective advertising taken to a new level from £37.50 per year!

Visit our inclusive, caring and academic school for children aged 3-18.. View our extensive campus and learn how working families benefit from our extended days, plus flexi and full-time boarding. Up to 100% Sixth Form fee assistance available. 10% discount for boarding pupils whose parents are members of the Armed Forces.
Please click for more information 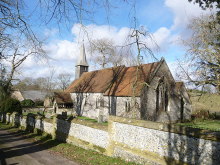 Dating around Aldershot!
We have one of the UK's largest dating websites - focused on Aldershot!  There are mature, all age, Asian and Christian singles just waiting to hear from you. Browse and upload your profile FREE ! 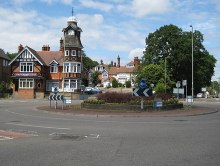 Aldershot - Home of the British Army

Aldershot Garrison is home to the Headquarters of the 4th Division of the British Army which includes 43 (Wessex) Brigade and 145 (South) Brigade. Aldershot is in North Hampshire and a 10 minute drive from both the M3 and the A3 providing easy access to the M25, Central London, the South Coast and the West Country.

Aldershot is known as the 'Home of the British Army' and the Ministry of Defence owns more than half of the 4200 acres it covers. It is close to Farnborough, Fleet and Farnham. Larger towns such as Guildford, Woking, Basingstoke and Reading all have excellent shops, restaurants and leisure facilities and are easily accessed by road and rail. Aldershot train station has direct trains to London, Guildford and Woking and you can get a connecting service to many major destinations in the South and throughout the rail network. Regular bus services operate throughout Aldershot and there is a set down and pick up coach service to London at Aldershot bus station.

Local facilities in Aldershot include a leisure centre, a bowling alley, two theatres, a golf club and the Wellington Shopping Centre. There are two Community Centres in Aldershot and one in Church Crookham, all offer many activities for the local community including mother and toddler groups and both adult and children's clubs and activities.

Garrison Facilities
There are many facilities available for both soldiers and their families in Aldershot Garrison and these include the Aldershot Garrison Sports Centre which has an Olympic sized swimming pool, squash and badminton courts, specialised areas for netball, volleyball and basketball and a fully equipped fitness studio. Other facilities in the Garrison include the Aldershot Tennis Centre which has both indoor and outdoor courts, The Hawley Lake Sailing Training Centre and the Army School of Physical Training Sports Club. Further details on all of these facilities are available from the HIVE along with contact details for the local Aldershot Garrison Angling Club and the Bourley Fly Fishing Club.
In addition to local community libraries there is the Prince Consort Library on Knollys Road which is of national significance. The Garrison has three Churches and additional places of worship for both Nepalese and Fijian personnel. ‘The HUB’ is a dining centre for serving personnel and facilities here include a LONDIS convenience store, a licensed bar selling hot snacks and sandwiches, an internet café which has 6 terminals , TV screens showing the most popular sporting fixtures, a pool table and fruit machines.
There are two Community Centres in Aldershot and one in Fleet and all offer many activities for the local community including parent and toddler groups and both adult and children's clubs and activities. For telephone numbers of the Community Development Workers based in each centre, contact the HIVE. Aldershot Garrison Radio on 102.5 FM is broadcast from studios in Middle Hill and provides the Garrison with music, entertainment, news and information 24 hours a day.

The Army Sport Control Board is based in Aldershot.


The information on this site has been compiled from various sources accessible on the internet:  acknowledgements are due to The British Army Website,  and Wikipedia.

This Microportal is built on the 2day Microportals platform which provides you with 3 click access to local and global information crucial both to your personal and working life. The platform provides live local data on transport, what's on, accommodation, eating out, shopping, sport, religion and weather as well as comprehensive reference and resource sections including TV, radio, online shopping, route planning, health, education and more.